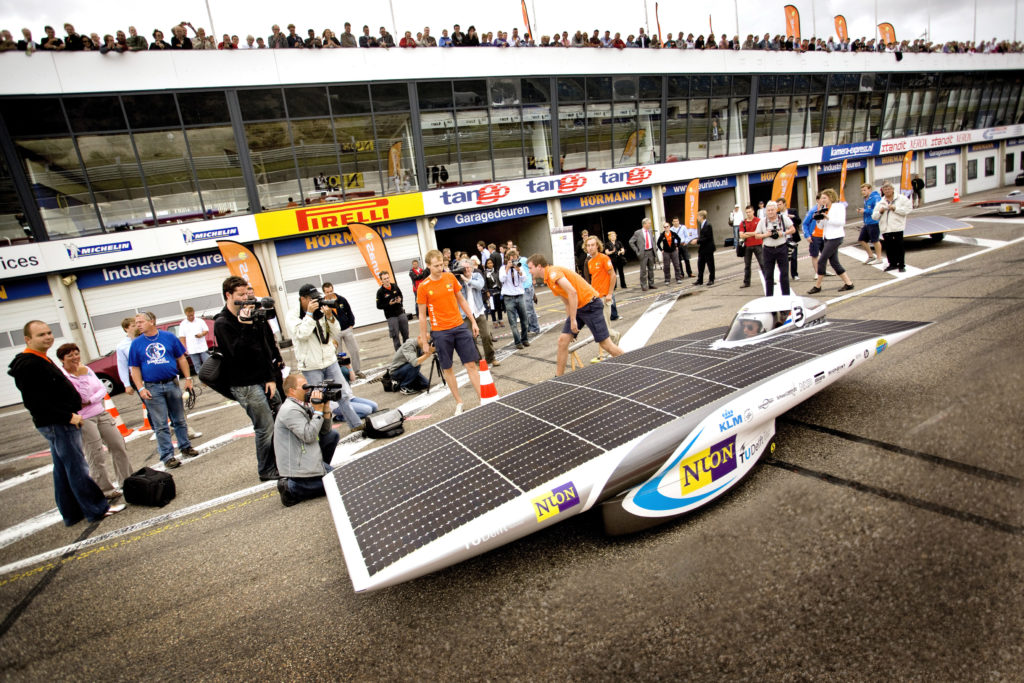 Nuna5 presented to press and guests at Circuit Park Zandvoort, 2009

Every two years, Australia is the stage for the world’s solar racing main event: World Solar Challenge (WSC). With a group of 14 students from Delft University of Technology, we designed, built and raced Nuna5 in the WSC 2009. The design was made at Delft, using the university facilities. Building took place at Schaap Composites in Lelystad, where I stayed with three team-mates to complete the composite bodywork. The summer we spent testing and improving the car both in the Netherlands and in Australia. Unfortunately, during a testing day in Australia, just 3 weeks before the race, Nuna5 crashed ans was severly damaged. Just in time for the scrutineering, Nuna5 was finished and could drive her first new kilometres.

The race was very tense. Due to the lack of long term testing and the quick repairs after the crash, Nuna5 suffered from decreased solar panel effectiveness during the race. Thanks to the extensive efforts of the team and support crew, Nuna5 ran to a podium-position after all. With Tokai Challenger at an undisputed first place,  Nuna5 battled the Michigan Solar Team and won second place. In addition, the team was award the “Spirit of the race award” for their efforts. 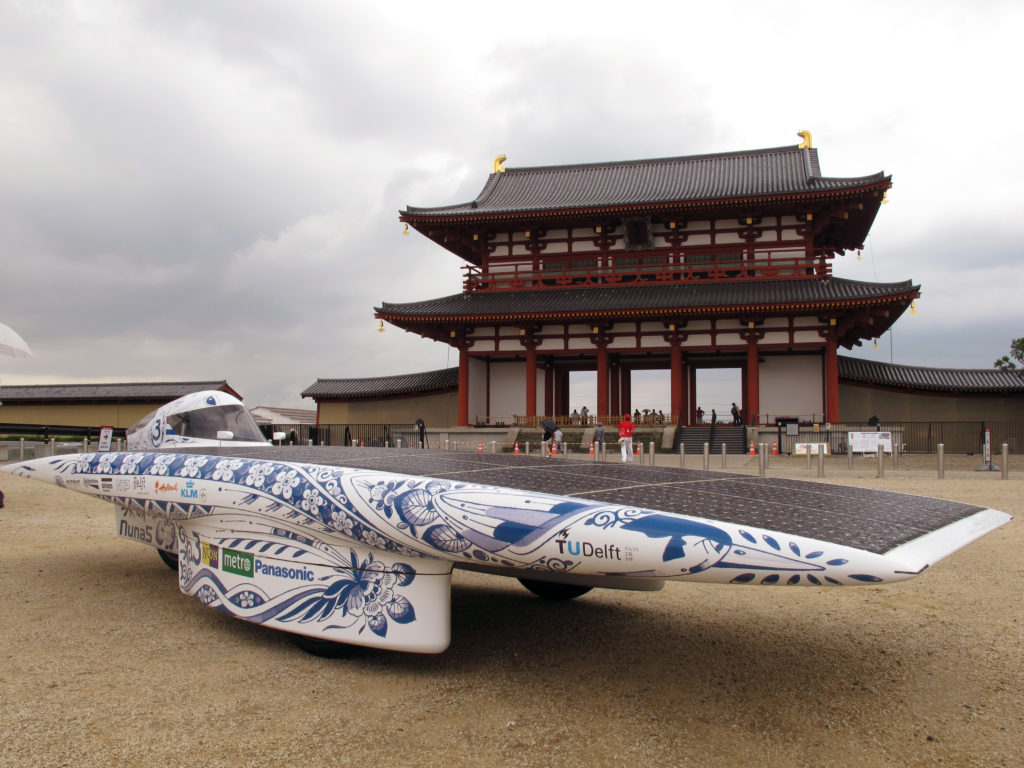 A year after, Nuna5 was refurbished for track-racing, to compete in the Suzuka Dream Cup in Japan. The goal of competing in the race was two-fold: improving the car and preparing technology for the next team, and providing a starting “internship” for the new team, who would start to design Nuna6 shortly after. In a big pack of competitors, Nuna5 gained third place overall and the Design award for her new Delft-Blue livery.